Mr Grebien (Former Chief Engineer at FAG Manufactury Avenches) only saw this model once while he needed to repair one in Sweden (probably around the early 1970ies). He never saw any FAG Record ever since. He also mentioned that repairing it was very complicated because of the central driven cylinder carriage.

FAG Record. Scanned from a tiny contact print from the 1950ies. 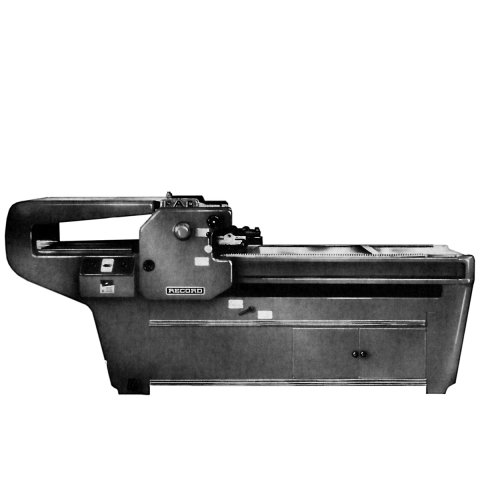 Side view – also from a tiny contact print from a catalog of the 1950ies. Not even the original catalog survived.

*Download files are free for all registered users. Unregistered users please register here. Please note: for all automatic presses (Control and Swiss Proof Models) it is critical to first identify the generation of the electrical controls: SF1, SF2, SF3 or SF4. Though the schemas might look similar—they are not. An SF3 schema won't be good to fix the electical controls of an SF4 press!